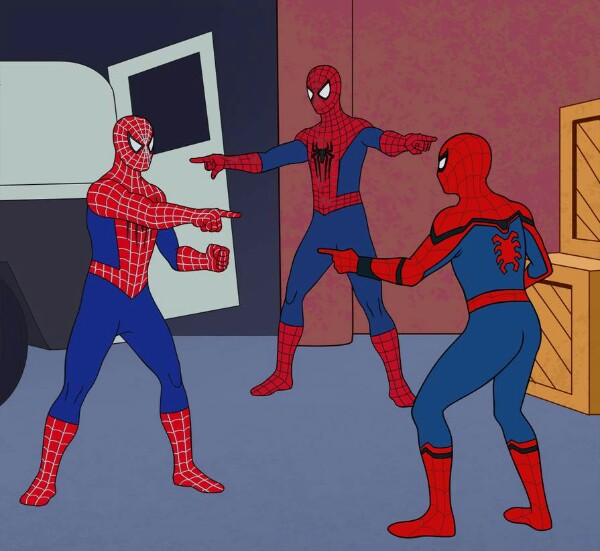 Spiderman 3 Will Have ALL 3 SPIDERMEN?

It took us a minute to figure out if we were supposed to call them “Spider-Mans” or “Spider-Men”. We settled for the ladder.

It’s been reported that the newest Spider-Man movie in development (Spider-Man 3: Unnamed) will include appearances by former Spider-Men Tobey Maguire and Andrew Garfield.

Spider-Man 3 is said to be coming out late in 2021. It’ll be directed by Jon Watts, who also directed Spider-Man Homecoming & Far From Home.

We’re debating whether they’re appearances will include them in their Spidey-Suits or just regular clothing. Regardless, we’re excited.