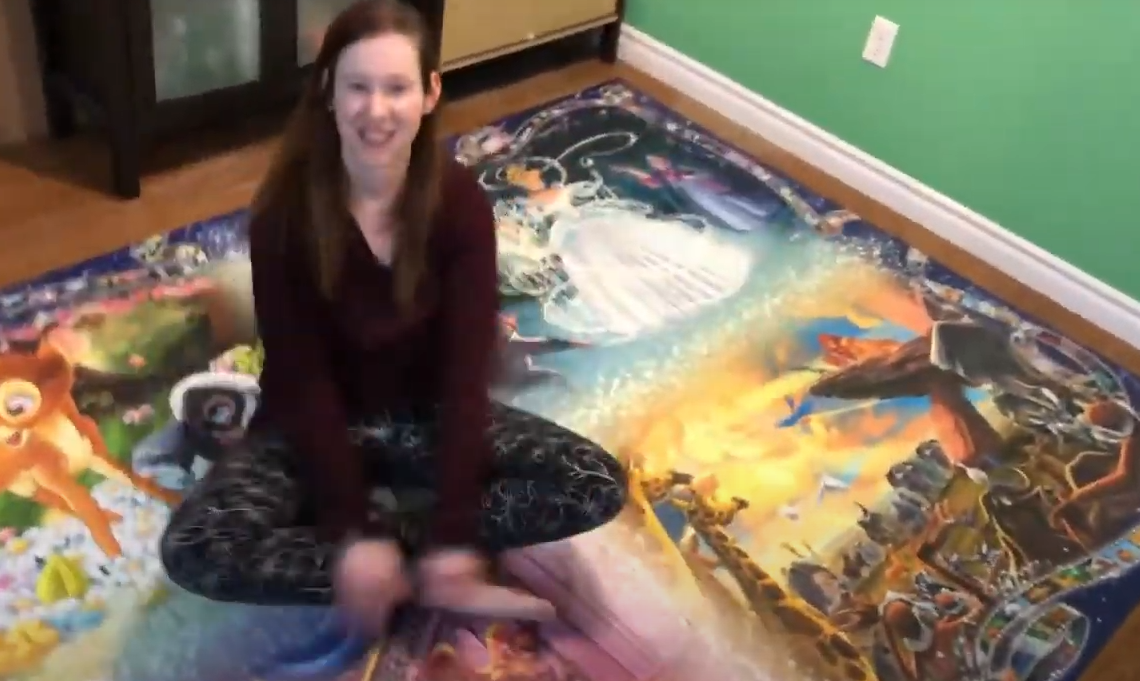 A Belleville woman has ‘unofficially’ smashed a Guinness World Record after completing a 40,320-piece puzzle.  Maxine Olive, 24, decided to take on the Ravensburger Memorable Moments puzzle.  This thing is a giant 10-panel collection of Disney characters and holds the record as the largest commercially available jigsaw puzzle.

Olive said said she worked on it for 16 hours a day, finishing in a total of about 150 hours and live streamed the video on Twitch. (The previous record was 423 hours by a guy in Massachusetts.)

Once the fine folks at Guinness review her video she’ll be in the record book officially.  Congrats, Olive!