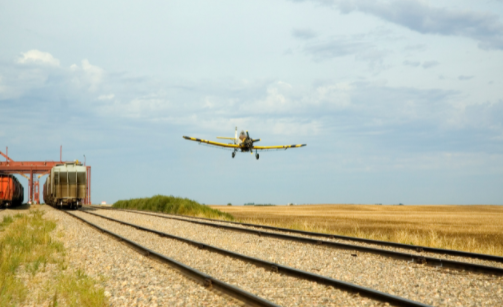 After a small plane crashed on train tracks in Los Angeles, California, LAPD police officers pulled the injured pilot from his aircraft moments before a train hit his crashed plane.

A single-engine Cessna 172 crashed near San Fernando Road and Osborne Street around 2:10 p.m. local time today after the pilot departed from Whiteman Airport in Pacoima, Calif. The pilot was the only person on board.

We have no reports of injuries to anyone on the ground. The FAA and NTSB will investigate. The NTSB will be in charge of the investigation and will provide all updates. Neither agency identifies people involved in aircraft accidents.

Foothill Division Officers displayed heroism and quick action by saving the life of a pilot who made an emergency landing on the railroad tracks at San Fernando Rd. and Osborne St., just before an oncoming train collided with the aircraft.